During a Madison Tornado 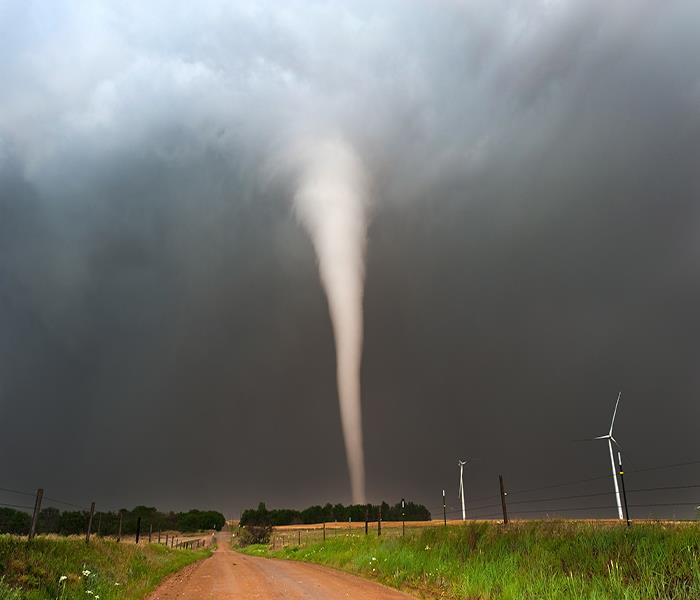 Tornadoes are terrifying and often deadly.

Tornadoes are terrifying and often deadly. A Madison storm can strike suddenly with little or no warning. Weather conditions such as heavy rain, or even darkness, can make it difficult to know if a funnel is on the ground. Your family should be aware of the following conditions that may indicate a tornado is imminent.

• A sky that is dark or has a green hue

• Dark clouds that are lowering or have signs of rotation

• Bright flashes of light from power lines being knocked down

If you see a funnel or notice weather conditions indicating an approaching Madison storm, you should immediately take cover. While no place is completely safe during a tornado, you should keep the following tips in mind when looking for shelter:

• Stay away from windows.

• Look for an interior basement.

• If you don’t have a basement, go to an interior room on the lowest level of your home.

• Try to cover your head with something soft such as a pillow or blanket.

• If you are in a multi-level home, make sure there is nothing heavy directly above you.

• Seek shelter in a nearby permanent structure or designated tornado shelter if you live in a mobile home.

If you are in a large public building or wide-span building such as a mall, you should keep the following in mind:

• Don’t use elevators since you may become stuck if the power fails.

• Get to the basement or lowest level.

• Get under or up against something study to protect yourself from falling debris.

Do not try to outrun a Madison storm if you are outside or in your car. If you are unable to get to shelter, you should do the following:

• Do not stay in your car since it can be picked up by the tornado.

• Look for a low-lying area such as a deep ditch or culvert.

• Protect your head as much as possible.

The key to surviving a tornado is being prepared. An inexpensive NOAA weather radio is one of the best ways to protect your family during severe weather. These radios automatically sound an alert whenever a watch or warning is issued for your area. You should also create a tornado action plan for your family so everyone will know what to do should a Madison storm strike.

SERVPRO of Madison/Goodlettsville is locally owned and operated—so we live and work here too, and are proud to be part of the Nashville community. We are also part of a national network of 1,650 with special Disaster Recover Teams that can respond with additional resources during catastrophic storms and major events.

We are proud to serve our local communities: